I started this project back in the summer it’s called Random Threads and is designed by Erica Michaels Designs.  I used Gloriana SIL threads one strand over 2 to stitch it.  It’s my first finished piece using silk.  I started another piece before this one but this one spoke to me a bit more,  it’s just under 6” square and I’m going to finish it as a small pillow. 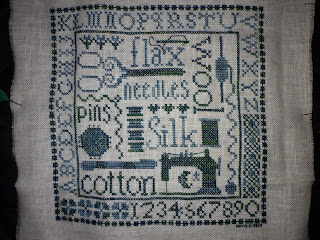 I like to personalize my pieces by putting a moon and star somewhere in the design and as you will see the original design had a heart on it. 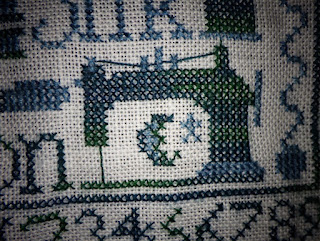 I also decided to add my initials and finishing date stitched 1 strand over 1 thread at the bottom. 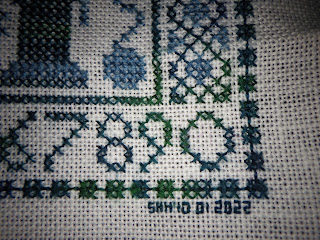 Here is the pattern cover 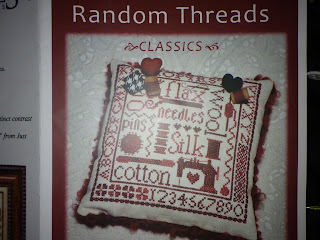 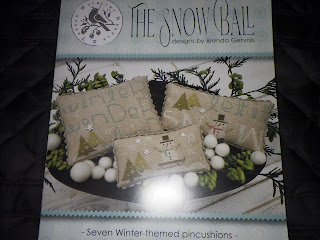 I chose to stitch it on the Balsalt Splash Evenweave Lugana by Zweigart that I stitched my 3 snowmen on last year.  This also will become a pillow. 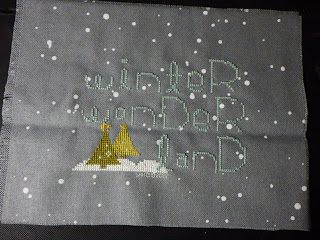 Happily Sunday was a lovely break from all the cold snow weather and before the current Atmospheric River started on Monday.  We are supposed to have at least 2 waves and up to around 100mm of rain.  Not as bad as the series we had in November,  but flooding is a possibility once again. 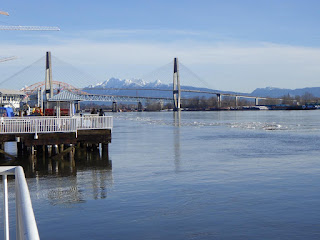 The ice has pretty much Ed left the river for the moment but there is a lot of debris stuck floating around. 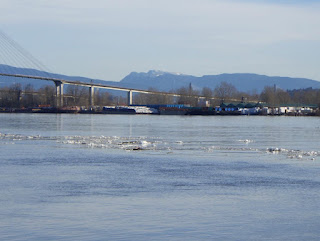 I received a shipment from 123 Stitch on Monday and got these three patterns along with some linen for the snowman piece,  I also go some long awaited Garden Gate floss which was no where to be found for several months.  My Away We Ride was supposed to have it but I substituted another thread. 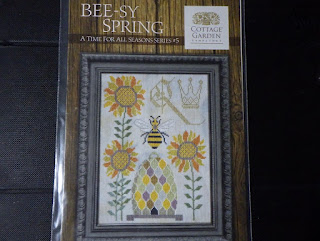 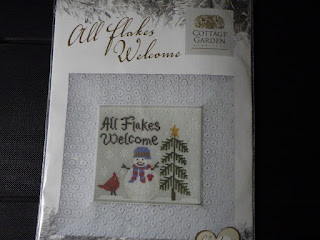 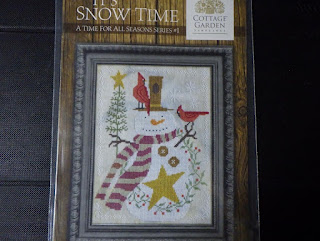 This is hopefully my next finish for 2022 I have some motifs to stitch and it will be done.  It is a free design from Plum Street Samplers call Coffin Buzz. 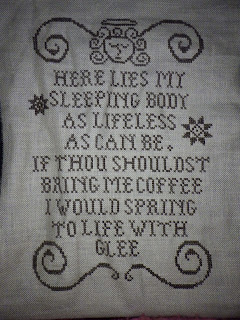 I saw this on Facebook the other day and couldn’t resist sharing it. 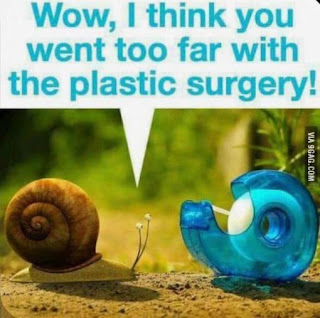 Winter
Photographs on this page are copyrighted by Sandi. These pictures are taken by her; please do not copy without written permission.

Sandi
Travel, photography, quilting are some of the things I enjoy and hope to share with you on this blog. Come and spend some time with me.